Litchi is able to automatically create a 360-degree panorama by stitching together a series of photos and then displaying that 360-degree panorama within the Litchi app (IOS Only). However, there are a number of reasons why one may wish to process the series of images manually. These reasons include:

The above steps can be complicated and difficult to perform. This guide will provide some guidance to performing those steps with an emphasis on getting the 360-panorama to be properly recognized and displayed as a panorama in Google Photos.

Litchi’s image stitcher works quite well. However, sometimes the stitching produces unacceptable results. For example, the following panorama of Bear Butte in South Dakota had an unfortunate seam passing right through Bear Butte. 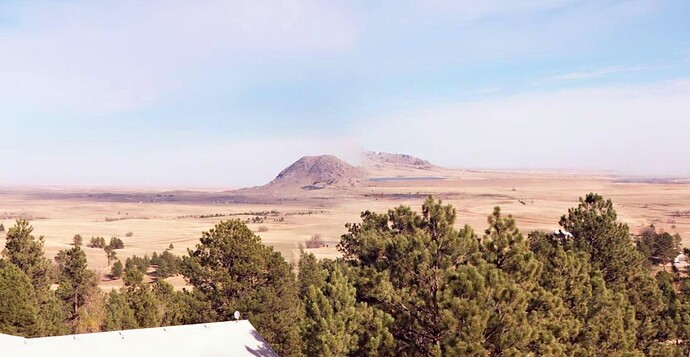 To correct this, it might be necessary to use another stitching program. A few are available. I use Microsoft’s Image Composite Editor (ICE). Stitching the individual images in ICE produced superior results.

Depending on the lighting conditions, a panorama might include a very bright sky with a relatively dark foreground. For example, the following photo of the open-pit mine in Lead, SD combines a light sky with a dark ground. 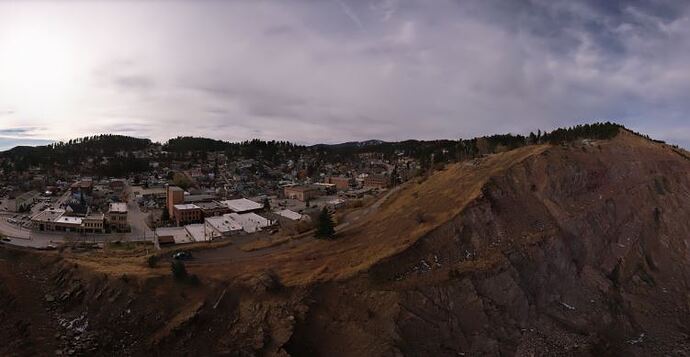 To correct this, it may be necessary to perform some image work using Photoshop or similar. I duplicate an image like this into two layers then adjust one for optimum sky and the other for optimum foreground. Then, I combine the two with a smooth blend across the horizon.

Prepare the image for display in Google Photos

This last step can be the trickiest part. Some photo display applications like Google Photos will automatically detect and display 360-degree panoramic images using an interactive panoramic viewer. However, Google does not make it clear at all how it automatically detects a 360-degree panorama. The question of how to make Google Photos detect and properly display a 360 pano has been asked hundreds of times in Google’s support, but never with an acceptable answer. Google’s responses are always along the lines of “try clearing your cache”, “try a different browser”, “try the app”, or “try a different computer”. Clearly, Google’s support people have no idea how their own software works. 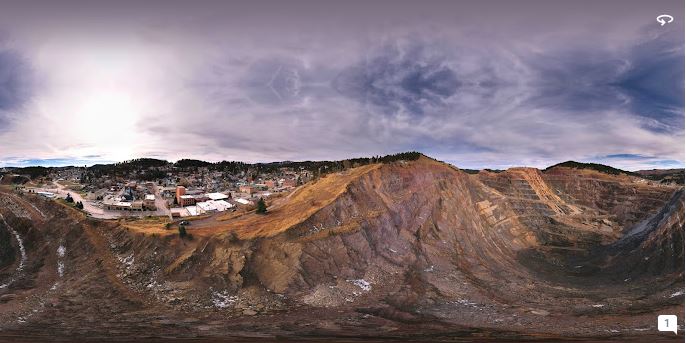 I hope this saves someone some time. It took me a while to research this and figure out all of the details to make this work.

Nicely done! Would another option be:

When shooting a panorama, do not select the automatic option.

I know that instead of 22 shots normally taken in its auto mode, you will have 66, but you can pick and choose the best exposures for highlights and shadows. You could even combine them into a HDR.

Would another option be:

Yes! There are countless ways to create a pano and get good results.

My focus in the tutorial above was:

I have not tried using AEB during a pano and then selecting the best of each shot prior to stitching. Have you found any difficulty when using two shots with different exposures adjacent to each other? 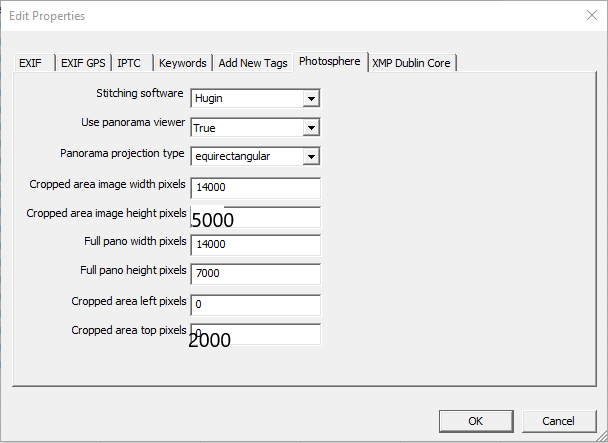 I don’t know the actual size of your original image but this is how it can be done without converting it to 2 to 1 ratio. It works in Google Photos and Facebook.

I don’t know the actual size of your original image but this is how it can be done without converting it to 2 to 1 ratio.

Very good. Thanks. That does work. The only drawback is that it leaves a big black hole in the sky.

Yes it does. Not as noticeable on Facebook as in Google Photos.

You should try PTGui as it solves many of the problems you encountered in your tutorial. It has advanced stitching options and gets it right the first time. It lets you adjust all the photos as if you were in Photoshop, except it’s way easier. It automatically generates sky based on what the rest of the sky looks like, so the part where your drone camera couldn’t point up looks pretty natural. It properly tags the file with the right metadata.

Basically, you could squash your whole tutorial into: “Use PTGui”.

14 posts were split to a new topic: How to fly to a point then take a panorama