Allow users to generate a custom “Virtual Polygon Geofence” – this geofence allows users to create custom perimeter for a drone to fly as well as limiting min/max altitudes.

I would love something like this so I could let my friends/family try flying the drone with a little more freedom.

It is worth noting that in order to do this, the drone would have to be in JOYSTICK mode so Litchi can brake the drone before it hits the virtual wall.
in JOYSTICK mode, the drone will not behave the same as when controlling it manually, something unwanted in a situation where a beginner controls the drone

Any idea how this is done in MAVEN? 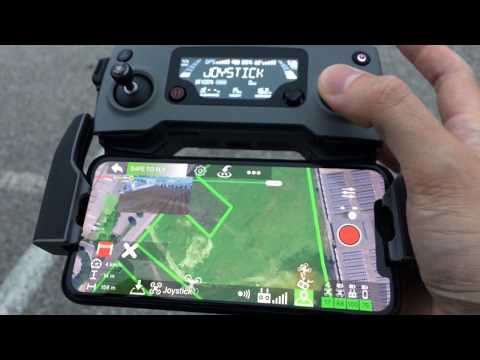 It uses joystick mode, so the same limitation applies, it is not the same as flying manually in DJI Fly or even in Litchi

Hi Vico. Would you tell us what the various modes are (joystick, PGPS, …) and how they differ?

P-GPS is the standard/default flight mode, in this mode you can control the drone manually with the remote as in DJI Fly. The remote sends commands straight to the drone.

Joystick mode is when the drone can be controlled by a third party app like Litchi. In this mode, Litchi sends required velocities to the drone. Joystick mode is used for most Litchi modes (for DJI Fly drones) other than when you fly manually. We can give you a simulated manual control with Joystick mode, where Litchi calculates and sends required velocities based on the remote controller joystick positions, but that is not true manual control, the drone won’t behave the same as if it is in P-GPS mode. In addition it adds some latency as the commands go from RC → DJI SDK → Litchi → DJI SDK → RC → Drone rather than just RC → Drone

vico
Is this the reason that changes in heading in WP mission is not as smooth as in P-GPS as dicussed in this topic?

So I’m new here just trying to learn more about Litchi before buying it. I’ve seen many complaints about lack of smooth movements in waypoints mode for the air2s (my drone). However, are these movements smooth in Orbit mode about a POI? Forgive my ignorance (or irrelevance to the discussion at hand), but I just wanted to know.

What a great idea! Hadn’t thought of it but now it’s been said… It’s brilliant!