Interesting. I switched to using “compass_heading” and I think I agree. Please test.

In the example below, both of these values point (roughly) at the POI, neither point along the direction of travel. 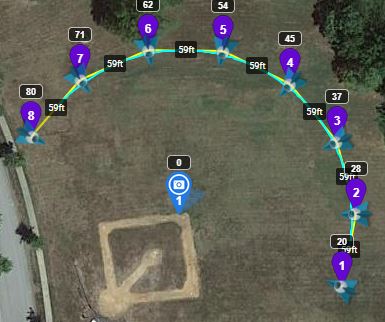