I frequently fly consecutive photo missions along roadways. For instance, the first mission will encompass a segment of roadway whose length is limited by how far I can see to watch the drone over the entire flight. I then land and replace the gimble cover on the drone and then drive up to the next take off location and fly the next segment of roadway, overlapping the previous segment. This routine continues until the entire length of roadway in the project has been flown. It never seems to fail that at the beginning of one or more flight segments, after reaching altitude, I realize that I have forgotten to remove the gimble cover and I have to land and remove it and restart the mission. Of course that wastes valuable battery time.

The last time this happened, I had a thought. Wouldn’t it be helpful if the Litchi flight controller app had a customizable screen pop-up that would appear just prior to take off with a reminder(s)/check list to call my attention to anything I need to double check before hitting the “Go” button. I my case I would have it remind me about removing the gimble cover.

Think about this Litchi programmers. I don’t do a whole lot of coding, but this seems like it would be a simple addition.

I just remember to take the camera cover off …
Don’t want any more crap cluttering up the Litchi screen. 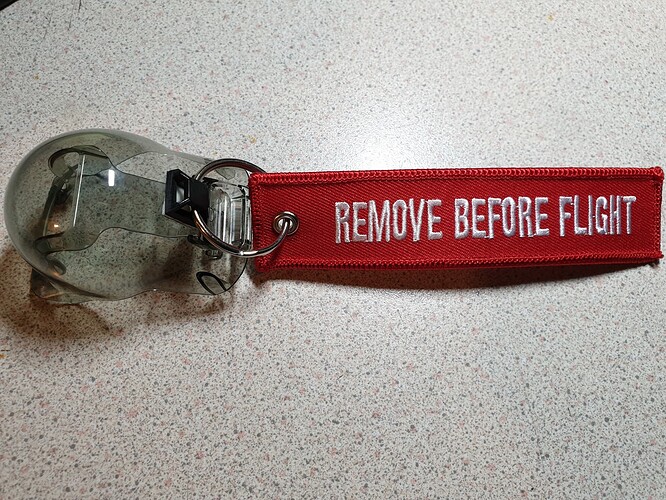