The newest firmware seems to be incompatible with Litchi. I can’t fly the drone. Unknown error (code: 180).

Check out this video by Gavin HR, it might help 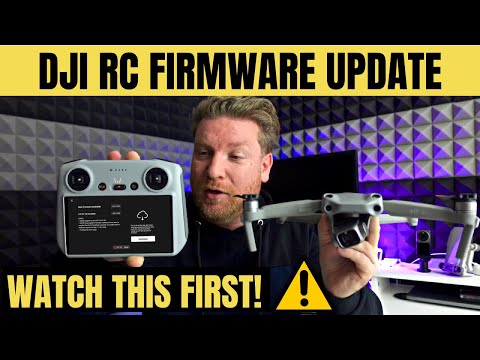 Maybe I’m dense but this didn’t help. It doesn’t mention Litchi at all. I updated the firmware on my non video display DJI controller and the aircraft itself. I don’t have the fancy one with the video display. I use my cell as a display.

Thanks for posting this, I was all set to do this update on my A2S, but after seeing this I will be holding off.

Have you had any indications of how you might fix this, or will you be downgrading the Fly app version?

I don’t know what to do yet. I intend to fly via the Fly app instead of Litchi however the point of Litchi is to have on-screen Lat/Long while I fly, something I can’t do in Fly. This drone is used for search and rescue, so this is an important feature.

I will share if I learn anything new or find a way around this.

The newest firmware seems to be incompatible with Litchi.

Are you running IOS or Android?

I’m running IOS and am having the same problem. Getting a Code 180 and Litchi will not let me start the motors.

Thanks. I removed the “android” tag from this post for greater visibility.

The RC Pro has the same issue, btw. Nice of dji to shut down my ability to work.

If you take off in the DJI Fly app, then turn on the Litchi app everything seems to work. Seems a bit risky to me though!

Previous protocol required a force stop on dji FLY on the RC Pro when using Litchi. Now, dji keeps turning back on. If disabled, it doesn’t work at all, if force stopped but not opened, litchi disconnects and reconnects every few seconds. You can actually fly it intermittently with Litchi, but also, not a very safe situation. dji support was just about worthless. I refreshed both firmwares, even downgraded the RC Pro, but same problem each time. How do I downgrade the drone when it’s not available in Assistant 2?

The newest firmware seems to be incompatible with Litchi.

It would appear that DJI has made an Air 2s firmware change that is antagonistic to Litchi. I have seen several comments in the Litchi and Mavic forums stating the same issue. This issue is affecting both the Android and IOS flavors of Litchi.

At this point, the solution is unclear. It may require an additional firmware update from DJI or a software workaround from Litchi.

My assumption is that anyone who updates the Air 2s firmware will experience this issue. It would be interesting to hear from anyone who has updated and can still use Litchi.

It would also be interesting to know if this firmware change is also affecting Dronelink or Maven users in the same way.

I’ve also seen a similar problem over on the Dronelink Community, so it seems to be affecting 3rd party software in general

I am getting the same error and the Air 2s won’t take off in Litchi. I found a workaround in IOS. Take off in DJI Fly App and let the drone hover in place after hitting Take Off. Completely close the DJI Fly app and go to Litchi. The drone will be able to fly missions and land. The only issue is that you cannot take off in Litchi. Everything else seems to work fine.

Please see my comments below in the thread (jagair)

Take off in DJI Go app

How do you do that ?

Can you not manually launch by pulling both sticks down in the center to start the motors, then launch by pushing up on the left hand stick, then start the litchi mission

My apologies, I meant the DJI FLY App. Open the app and hit the “Take off” button.

I think you have to use DJI Fly first anyway to load the unlock from Flysafe to the drone, so after doing that just hit the Take off button and the drone will hover in place. Then shut down DJI Fly and use Letchi to launch your drone.